GUEST BLOGGER LYNNE CONNOLLY: THE ALPHA MALE - IS IT TIME FOR A CHANGE?

I love reading and writing paranormal romance. I love the alpha hero, I really do, but – do they all have to be alphas? I don't like all these alphas that populate the books, or rather, I do, but sometimes I want something else. Something (God forbid!) Different! 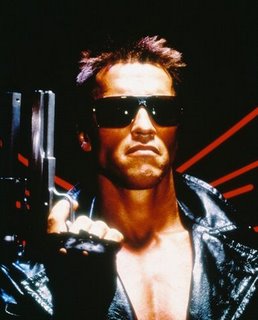 That might be the reason why I've only made one Amazon order this year, and I've been to e-publishers far more times than that, where there is much more variety to be had. I’m beginning to groan, and not with pleasure, when yet another big, tough, gruff, bossy man strides into the scene and tries to take over. He'll solve the problem, he'll be forceful and gentle with the heroine by turns, he'll fight the bad guys, he'll have an enormous member, he'll have an inner angst which the heroine will solve, and there you are. I would really like to read something else.
Give us the alpha hero, but give us some betas and gammas too!
A beta hero would be great to read about. Why shouldn't a werewolf be a beta, a gentle, caring man? I adore gammas - I think a lot of gammas are labeled alphas, just for marketing purposes. The loner, the man who doubts himself sometimes, the man who actually talks to the heroine and discusses things with her, a man who respects her opinion and isn’t afraid to act on it if he thinks she’s right.
I write people. I deliberately avoid the alpha-beta-gamma thing, and I think that's why I have dozens of rejection letters along the lines of; “We love your writing but we don't see how we can fit it into our lines - can you make your hero an alpha,” or something like that. I could, and if I wanted to bore myself to death writing the same character over and over I might, but believe it or not, money isn’t my prime objective in this (not that I’d complain if a bit more came my way!). Now I’ve found a publishing home, and I’m happy there, I’ve learned the benefits of having an editor who genuinely loves what I write and encourages me to keep my vision intact (thanks, Gail!) 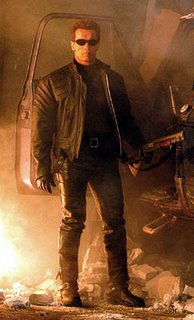 I spent years in business, working for big corporations, and the alpha male of the romance book wouldn't have lasted ten minutes there, not with the team work and co-operation expected of them. The entrepreneur who doesn’t listen to anyone but goes with his personal vision is the exception, not the rule, and it doesn’t lead to long term business success. Once you remove the ‘image’ many put out, you see the right hand and left hand men, the people a good businessman (and sadly, it is still usually a man) has with him, not to ‘yes’ him, but to give him valuable advice. So perhaps I write about men I’ve known, men who are strong but listen to people, and learn from them, men who make their own decisions, but try not to upset people when they carry them out.
A man who knows how to handle a gun doesn’t wave it about all the time.
And yes, I love Gil Grissom
Posted by Deidre Knight at 3:13 PM

Oh Lynne...I'm a huge Gil Grissom fan...adore him, Greg Sanders too...both beta males, but so strong in their own ways.

Jeanne said...
This comment has been removed by a blog administrator.
10:07 PM

Great Post Lynne. I'm not sure if I agree or disagree. I LOVE ALPHAS, yes. I can't get enough of them. But I also adore Gil. *sigh* I don't mind reading non-alpha heros, and I wouldn't know exactly where to place my own heros, to tell the truth. By your descriptions, I've had alphas and gammas, I think, in my books. One thing is for certain. You've given me something to think about :)

Oh, and Deidre... I'm determined to, someday, somehow, make it past a query with you! Do you LIKE chocolate? *grin*

Lynne, wonderful post. I love all types of heroes. From the strong alpha's to the beta's and gamma's too.

Ok, I admit it, I'm a sucker for Alpha males, but I could NEVER live with one. We'd tear each other apart in a week. Although I'm betting the lovemaking would be beyond anyone's wildest expectations! *grin*

I married the nice guy next door, and life is good. *grin* But he's a beta, although he's still in my sensitivity training program after almost 20 years. LOL

Still, the fantasy and allure of an ALPHA is what readers are buying, despite the fact that there are those of us who are more than willing to expand our horizons and explore the gamma and betas.

I empathize with you on the hero not alpha enough Lynne. Excellent post!

Lynne, great post and thanks for sharing it! Such interesting points!

Marjorie, LOL! I love chocolate, but not a good plan at the moment since I'm working off twenty pounds before RWA. I actually *ran* yesterday. Keep on querying! :)
D

I do know where you are coming from. In actual fact, have you ever known an alpha and actually liked them? These are the ones who get to their fifties and actually believe that the blonde chicky boo floozie likes him for more than the diamond ring and the porche. These are the ones who end up having wives that feel the need to stretch their faces and reshape their noses to within an inch of the jobs that Michael Jackson has done to himself.

I think that you are right in that heroes in romances are really betas in disguise. They are a combination of "what women want". A rich cuddly sausage who picks up his socks and puts the top back on the toothpaste. He loves shopping with you and the credit card is open. Changes nappies, changes tires, can fix the lightbulb, never forgets anniversaries, professes his undying love over and over again...

So that she can concentrate on being a selfish bitch

Pennyoz, I agree: that kind of man is way more attractive to me!

Here's my dirty little secret: I don't like alphas. There are only a handful I've actually really fancied in books. The rest just come off as arrogant SOBs, and I end up hating them and their heroines for being so spineless in return.

And my werewolf hero? Loves kids, does the shopping, talks about his feelings. When he's not running around full of teeth and claws, that is.

Okay, I am a total sucker for a gamma. That's what I love. That's what I write. I love Alphas (in their place) and I love betas (because I write comedy and betas are great comedians. ) But let's be serious, most Alphas become unbearable after a very short period of time.

For me, I like writing and reading about a man who is closer to reality. A gamma. The guy who is comfortable enough in his own skin to *not* have to ooze Alpha vibes to impress people. He's good. Deep down he knows he's good, but he doesn't feel the need to prove it every person, every second of every day.

That being said, not everyone can write a gamma, IMO. Like Shrek they have layers. Lots and lots of layers. Because they are more "real" they can become dull if not handled correctly.

I love my hero and he is a gamma. And I wouldn't trade him for anything.

So thank you Lynne, because you have just given me a tad more incentive on top of the HUGE incentive that I already have.