You're Invited: Lunchbox Chat with a TKA Agent 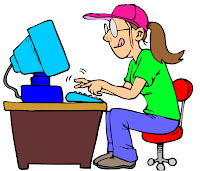 Don't miss an exclusive LUNCHBOX CHAT ON WEDNESDAY, JUNE 25TH at 12:00PM EDT with an agent from The Knight Agency. Everything will be up for discussion, from current trends in publishing to hot new releases.
WHO: TKA AGENT
WHAT: CHATTING LIVE!
WHEN: 12pm EDT, Wednesday, June 25th, 2008
WHERE: TKA CHAT ROOM
TO CHAT: Follow this link, TKA CHAT ROOM, enter a screen name and simply select “log in.”
Posted by Jia Gayles at 10:12 AM 1 comment:

PEACE IS FOR LITTLE GIRLS.

And Coalition starship admiral Brit Bandar is one tough woman. A mere intergalactic treaty could never get her to trust the Drakken Horde. There was too much bad blood between the Coalition and the Horde and, for intensely personal reasons, Brit wasn’t sure that she was through spilling it! But now a peaceful accord has made Finn Rorkken, a notorious Drakken rogue, second-in command on her starship – and through some grand cosmic irony – front and center in her thoughts…and her heart.

Either title sat easily on Finn’s battle-hardened shoulders. Though second-in-command to “Stone-Heart” Bandar? That would take some getting used to. Peace required as much sacrifice as war, so he’d comply even if his reaction to the gorgeous admiral fell decidedly outside protocol. But would he end up kissing or killing her if the galaxy’s tentative truce turned into all out war?

RITA award winner and NY Times best-selling author Susan Grant loves writing about what she knows: flying, adventure, and the often unpredictable interaction between the sexes! When she’s not writing romances set in far-flung locales, Susan pilots 747 jumbo jets to , , , and many other exotic overseas destinations where she finds plenty of material for her novels.

[A gripping storyline, fascinating characters and great writing. Susan Grant has an immense talent for writing this special brand of romance. --Tanzey Cutter, Fresh Fiction."[A] can’t-put-down read that draws you in from the first page and doesn’t let go until the tension-filled final chapters!" -- Linnea Sinclair, RITA award winning author of THE DOWN HOME ZOMBIE BLUES

"This tale packs a punch! Fans of the Honor Harrington series (by David
Weber) will thoroughly enjoy Brit and Finn's story. I could not help but give a spontaneous high-five when I finished this gem." -- Detra Fitch, Huntress Reviews

"This book kicked serious butt. Susan Grant can write more like this and I'll be ready to devour them at a moment's notice!" -- Kathy Boswell, The Best Reviews

Posted by Jia Gayles at 1:10 PM No comments:

I know it’s been awhile since I blogged, but now you can see what I’ve been working on! The first novel in my new GODS OF MIDNIGHT series, RED FIRE, will launch on October 7th. I can’t wait to introduce you to the seven immortal Spartan warriors who were granted immortality in exchange for protecting mankind from evil, including their number one nemesis, a powerful and crafty Persian Djinn.

Book One follows the journey of Ajax Petrakos. Check out the cover copy below for a sneak peak: 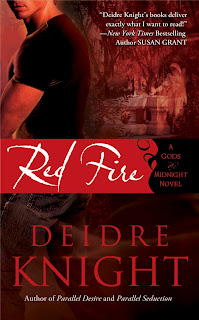 Eternity has become a prison for Ajax Petrakos. Centuries after he and his Spartan brothers made their bargain for immortality, struggles to maintain his warrior’s discipline. His only source of strength is his hope that he will soon meet the woman once foretold to him—the other half of his soul, Shay Angel.

searches for Shay on the haunted streets of modern-day , but an ancient enemy has already found her. The youngest of a powerful demon-hunting clan, she can see the monsters that stalk the steamy southern night… an ability that draws the deadly attention of ’s worst enemy.

As she and race to decipher the rest of the prophecy, a fated passion arises, threatening to sweep away everything in its path.

RED FIRE is currently available through presales on Amazon. Stay tuned for more tidbits about this thrilling new series, as well as some fantastic giveaways designed to stoke your “Spartan love!” In anticipation of RED FIRE’s release, I have launched a new message board. Hope you will swing by and check it out!

For those of you still hungering for more of my Midnight Warrior series (the PARALLEL books), I have a special announcement. Samhain Publishing has exclusively re-released PARALLEL FIRE, A MIDNIGHT WARRIOR’S NOVELLA. Previously, the book was only available in the and I’m so excited that all my worldwide fans will now have access to this steamy tale of Anna and Nevin becoming stranded in . Stranded and with a whole lot of time on their hot little hands, that is! Here is a link to the novella.

Check back soon for more updates on RED FIRE and the many other exciting projects we have on the horizon.

JESS ANDERSEN, recently picked as one of the “hottest” authors in romance by Publisher’s Weekly, and fellow writing partner, New York Times Bestselling Author, J.R. WARD, will chat with TKA this Thursday. As a special bonus, J.R. will announce the winners of the PURPLE PROSE CONTEST, conducted on her message board last month.

Known for their dynamic characters and mind-bending plot twists, these ladies are forerunners in the field of paranormal romance. Jess’ latest novel, NIGHTKEEPERS, Book One in THE FINAL PROPHECY SERIES, is based on an ancient Mayan doomsday prophecy, and Book Six of J.R. Ward’s enormously popular, THE BLACK DAGGER BROTHERHOOD SERIES, LOVER ENSHRINED, hit bookshelves this month to worldwide acclaim.

Don’t miss the opportunity to talk with these amazing writers and get the inside scoop on their novels and upcoming projects! Visit the The Knight Agency Blog and leave a comment in the "Jess & J.R. Chat It Up" post to win a copy of NIGHTKEEPERS and LOVER ENSHRINED. Check the TKA Blog on Thursday to see if you are the lucky winner and read special guest blogger Jess Andersen's views on picking the perfect critique partner.

HOW TO CHAT: Follow this link TKA CHAT ROOM. Enter a screen name and select “log in.”
Posted by Jia Gayles at 10:02 AM No comments:

Accolades are in order! We are excited to share that Three TKA clients have been nominated for the 2009 Popular Paperbacks for Young Adults Book Awards.

Shannon Greenland’s THE SPECIALISTS: MODEL SPY, Lynn Flewelling’s LUCK IN THE SHADOWS: NIGHTRUNNER VOLUME 1 and Linda Gerber’s S.A.S.S.: NOW AND ZEN are all up for this honor which celebrates entertaining books that have been influential in encouraging teens to read. Congrats ladies, we could not be more proud of our accomplished authors!

Recently, we were lucky to have and Linda participate in our special YA week of posts. Both of these ladies shared their insight into writing for the YA audience. If you missed out last week, be sure to check out the archived posts.

Help support and encourage teen reading. Who wants to sit in front of the television all summer when there are so many great books out there just waiting to be discovered?

Be sure to check out not only the authors’ nominated titles but also their exciting new young adult releases. published THE SPECIALISTS: THE WINNING ELEMENTS, and her next book, THE SPECIALISTS: NATIVE TOUNGE, will debut this summer. Linda’s first title in a new YA mystery series, DEATH BY BIKINI, released last month, and Lynn's fourth book in the Nightrunner series, SHADOWS RETURN, is coming out on June 24th.

Share the news. Spend a summer afternoon out of the heat and at your local library. You can help put a great book in a teen’s hand! And for those who are always young at heart, like us, get one for yourself too.
Posted by Jia Gayles at 10:22 AM No comments: