Reflections in an Agent's Eye 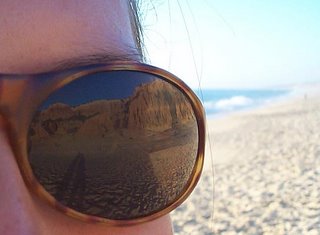 Gena Showalter has an excellent post up on her blog about the originality of ideas within romance. She already does a great job addressing this topic, but I wanted to add my own thoughts here as an agent.

On any given day our agency receives roughly fifty queries; often several similar ideas will surface even within that small pool. On a submission level, we always see concepts repeated, sometimes many times over—and these are often “unique” ideas. The truth is, I just don’t worry about that too much as an agent, even while I’m submitting material—unless the ideas are so markedly alike that they compete with each other.

For instance, I’m shopping two witch paranormals right now, each very different. Did I send those out on the same day? No. Do I think the presence of both proposals circulating will lessen their chances of selling? No. I believe that editors have unique tastes and what works for one editor in a witch romance won’t necessarily work for another. So I've put both projects out in the market, and will now see how it all plays out.

The important thing to realize is this--every book is unique because of the author's voice and their own original fingerprint. Their own twists, their own characterizations. Ten authors will take the "same" idea and interpret it differently.

But back to the witch books I'm shopping. Once I place both titles and they're on the shelves, side by side, what then? A witch book is no more unique than a vampire book is from another vampire. Or a werewolf from another werewolf book. It’s all in the execution. One author’s hysterically funny witch book is another author’s melancholy, angst-ridden witch book. This is what I love about agenting—any core concept receives the unique imprint of its author. I will never grow tired of this business precisely because every day, every author, every project is unique in its own way.

Like Gena, I’m weary of seeing Amazon posts where “reviewers” toss accusations of copycatting around freely. In this current market, there are particular types of books that are selling; that’s what editors want. That’s what reader’s want. It doesn’t make the authors’ works derivative. Nor are they writing in a vacuum—they are a product of their times (pop culture, novels, media) like every other author alive right now. Naturally their work bears the stamp of the times within which they live.

Susan Grant and I recently had a fascinating conversation, which Gena mentions, because I gave her an ARC of Parallel Attraction. She wrote me, saying she nearly had a heart attack because as in my novel, her upcoming August release, Your Planet or Mine, also features the alien hero and human heroine meet as children. Her characters are much younger than mine (who meet in their teens), but nonetheless, it was concerning to her. She worried that readers might think she’d copied my slightly earlier release—which would clearly not be possible with her book coming out just four months later. I reminded her that there are no new ideas under the sun. That each of our takes on this idea is unique. And that of course it’s an inherently romantic idea, the concept of a hero/heroine first meeting in their youth. It’s natural for authors of integrity to want readers to know that their ideas are original. In Susan’s case and my own, we didn’t even know each other while writing our books! But I wouldn’t be surprised to see someone ridiculous Amazon poster claim, “This book starts out just like….” Probably about ME, not Susan, since I’m the new author. And I’ll feel as upset and frustrated as Gena does right now.

These posters on Amazon need to think long and hard before they toss out accusations of plagiarism and copying ideas. They’re besmirching the integrity of good people without really considering the ramifications of that. In fact, I think these posts should be directed to Amazon with a complaint. But that’s me, and integrity, honor, and character matter a great deal to me.
Posted by Deidre Knight at 1:24 PM

Diedre! I popped on by to see what you'd posted regarding Gena's blog and I got a big surprise! Your Planet Or Mine is up on Amazon! I've been checking every couple of days to see when it would be posted. Nada. But you have a link! Wow-thanks! It's my first time seeing it up there, always a special moment. :) Weird, but after my name it says "afterword." Hmm. Maybe it should say "after-deirdre." (kidding, kidding!)

Prepare4Test Dell DEA-64T1 PDF is designed with the latest DEA-64T1 exam material. All questions are planned and verified by Dell certified experts.