Favorite Romantic Scenes of All Time: Love in a Galaxy Far, Far Away 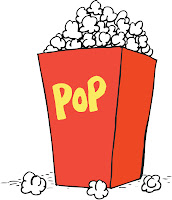 Today, I have a special treat! Agent Nephele Tempest is sharing her most beloved romantic scene of all time for our summer film festival! So grab your popcorn, and get ready for the show!

I have a thing for bad boys. I also prefer my romantic couples with a little bit of snark, some witty banter back and forth, a healthy dose of teasing, and preferably a few sparks flying before they get to anything too mushy. No simpering heroines waiting to be rescued, thank you very much. They need to be feisty enough to keep those bad-boy heroes on their toes. So it probably comes as no surprise that one of my favorite onscreen couples ever is Han Solo and Princess Leia.

When THE EMPIRE STRIKES BACK first hit theaters, I was eleven years old and perfectly primed for the Han and Leia romance. When they started snapping back and forth in the frozen hallways of the Rebel base on Hoth, I sighed happily. I smirked when Han got jealous over Leia kissing the injured Luke. And when the base was under attack and Han insisted on getting Leia out safely, I grinned from ear to ear. But nothing made my little pre-teen heart go pitter pat quite like their first kiss scene on the Millennium Falcon. A quiet corner, a little bit of welding, some hand rubbing and whispered banter. And that kiss. Han didn't even let her finish her sentence. I was hooked. Several decades later, that scene still makes me melt. After all, every girl needs a scoundrel or two in her life.
Posted by Deidre Knight at 8:59 AM

Labels: Favorite Romantic Scenes of All Time, nephele tempest, the empire strikes back

Is it bad that I just sneaked over here to watch the clip again? LOL!

Awww...that was such a sweet moment! (Love the "C3PO kissus interuptus," Maureen! LOL!)

Fabulous scene. Well, pretty much anything with Han Solo is fabulous, but that scene is especially sexy!

Been thinking a lot about these slow-buildup romance scenes in movies and TV (sometimes whole seasons). Why do people expect sex at page 30 to be as fulfilling when there isn't a build-up like this clip? Kinda off topic, but you know what I mean?

Nephele, I think we were separated at birth. Sigh.

That's my favorite movie kiss too! And then my other favorite romantic moment was when Han is lowered into the carbonite freezing chamber and Leia says she loves and he says "I know". Then he's going down into the pit and giving her this look of beautiful desperate love--it still makes my heart flip-flop!!!

Oh Han, whatever would we geeky girls do without you? Han was definitely one of my teenage crushes. I didn't even give Luke a second glance. Gotta love the rogues and rakes, they make a girl's heart flutter so.

Oh, I loved watching that scene again! It's been too long...sigh. :)

Another fantastic moment between those two: "I love you." "I know."

That's my favourite movie! I can watch it hundred times!!